Schoeffel, 49, takes over after the retirement of Frank Squires, who has managed the district since 2012 after serving on the Board of Trustees for fourteen years – five of which were as Chairman.

Chairman of the Board of Trustees, Brian Brewer, said the board chose Schoeffel on the basis of his specific knowledge of SMTD , his wide range of prior experience, and the desire to hire internally. “We congratulate Frank on his retirement and thank him for his twenty-two years of service to SMTD as a board member, Chairman of the Board, and Managing Director, and we are pleased to be able to promote Steve from within for stability and continuity during such uncertain times.”

“I am truly honored to be chosen to lead SMTD into 2021 and beyond,” Schoeffel said. “We are blessed with a very thoughtful board, a fantastic management team of forward-thinking individuals who are extremely gifted in their specialties, and a dedicated workforce that takes our responsibility to the community seriously. It is a privilege to be entrusted by the board with leadership of such a tremendous organization, and I am excited to be a part of what we will accomplish together moving forward.”

In March 2015, Schoeffel was hired as the district’s first planner. Responsible for service planning, marketing, and communications, he led federal- and state-mandated public comment sessions on service reductions during difficult budget periods in 2015 and 2017, and, in 2019, he led the first full route system redesign in SMTD’s fifty-year history.

In addition, Schoeffel pushed to modernized SMTD’s Board of Trustees meeting preparation and meeting materials from paper to digital, and he led the efforts to produce SMTD’s first schedule books. He added significant signage and advertising production for SMTD service during the Illinois State Fair, was part of the team that implemented new dispatch, onboard and online route tracking technology as well as new bus stop signs, and he was a member of the Local Emergency Planning Committee led by the Sangamon County Office of Emergency Management.

In February of 2019, Schoeffel was named SMTD’s Deputy Managing Director. In this executive position, he has led the development of SMTD’s comprehensive five-year plan, improved coordination of planning, budgeting and long-term planning, and decentralized SMTD’s annual budget process to increase transparency and more-effectively involve department heads and managers. He also developed and leads a new Leadership Team focused on team-building, workforce development, and collaboration. Most recently, Schoeffel has led the district’s COVID-19 response including both internal and external communications.

Springfield, Inc. Traffic and Safety Committee, Springfield Rail Improvement Project Steering Committee, planning and design meetings for the Springfield Sangamon County Transportation Center and at various other community events.
Schoeffel is a board member of the Illinois Public Transportation Association, and he has attended numerous in-person and online American Public Transportation Association seminars, conferences, and webinars with colleagues from across the industry. He has also taken National Transit Institute classes offered by Rutgers University’s Edward J. Bloustein School of Planning and Public Policy.

Prior to his time at SMTD, Schoeffel worked on staff at the Illinois House of Representatives, at the Illinois Department of Commerce and Community Affairs where he oversaw the $15 million Coal Infrastructure Grant Program, and he was the Director of Legislative Affairs at the Illinois Capital Development Board (CDB), where he represented CDB and their roughly $500 million capital budget with members of the Illinois Legislature. He also spent over ten years in the private sector, specializing in communications, public relations, and grassroots organizing.

A graduate of Alton High School and Southern Illinois University at Edwardsville, Schoeffel has lived in Springfield since 1995. He and his wife, Lee Ann, have one high school-age son and are members of the worship band at Springfield First United Methodist Church. He is active with his son’s high school booster organization and is also a founding member of the board of directors of the Heart of Wes Barr Foundation. 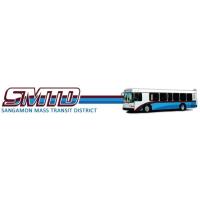