WHAT:
The University of Illinois Springfield Engaged Citizenship Common Experience (ECCE) Speaker Series will welcome Cori Bush — one of four politicians featured in the award-winning documentary “Knock Down The House” — to discuss her experience, the goal of getting diverse voices into political office and why these voices matter. The documentary screening and discussion are free and open to the public.

WHERE:
Brookens Auditorium, located on the lower level of Brookens Library

DETAILS:
In 2018, an unprecedented election saw many incumbents face challenges from within their own parties by candidates from diverse backgrounds. The day after the U.S. presidential election, filmmaker Rachel Lear began work on her Sundance award-winning documentary, “Knock Down The House,” about the journeys of four women who entered politics to fight for justice: Cori Bush, Alexandria Ocasio-Cortez, Paula Jean Swearengin and Amy Vilela. The film captures this pivotal moment in political history and conveys the importance of pursuing political office to advance social justice.

Featured speaker Cori Bush, a native St. Louisan, single parent, nurse, pastor, activist and organizer, emerged as a community leader on the frontlines of the Ferguson movement. In 2018, she received national recognition for her aspirational campaign that centered everyday people, as she sought to become the first black congresswoman from her state. Bush works to address problems in her community — including those that trace to racism, sexism, misogyny, inequality and corruption — to pursue justice, equality and equity for all.

This event is co-sponsored by the UIS New Voices in Racial Justice Series, the UIS Diversity Center, Women’s Center and Department of Philosophy.

Individuals with disabilities who anticipate the need for accommodations should contact the UIS Speaker Series Office at 217-206-6245 or speakerseries@uis.edu in advance. For a list of other upcoming ECCE Speaker Series events, visit uis.edu/speakerseries/.
### 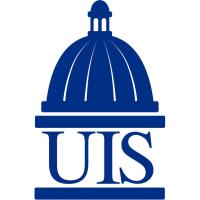