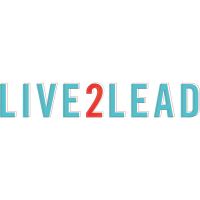 This event will be live-streamed to registrants.

The 2021 John Maxwell Company LIVE2LEAD event is planned to be held as a virtual event.

All registrants will watch the event live-streamed from the venue to their office or home computer.

Instructions on connecting to the virtual event will be sent out via email one day prior to the event.

Instructions on connecting to the virtual event will be sent out via email one day prior to the event.
Registrations made and not canceled within 72 hours of the event will be invoiced.

John C. Maxwell is a #1 New York Times best-selling author, coach and speaker who has sold more than 26 million books in 50 languages. You'll breathe new life into your leadership during this information-packed half day event. Learn from world-class leadership experts in the morning and return to your office ready to implement your new action plan and lead with renewed passion and commitment.

The rebroadcast of the John Maxwell Company LIVE2LEAD event, in partnership with presenting sponsor PNC Bank, will take place Tuesday, February 23, 2021 from 8:30 a.m. to 12:00 p.m.

Maxwell was identified as the #1 leader in business by the American Management Association®. His organizations—The John Maxwell Company, The John Maxwell Team, and EQUIP—have trained more than 6 million leaders in every nation. Maxwell will be joined by:

KAT COLE -  the COO of FOCUS Brands North America. Prior to FOCUS Brands, Kat was President of Cinnabon, Inc. and a Vice President at Hooters at age 26, making her one of the youngest executives in chain history. Outside of her role at FOCUS, Cole serves on the United Nations Foundation Global Entrepreneurs Council.

ALAN MULALLY - Throughout his career, Mulally has been recognized for his contributions, industry leadership, and service, including being named #3 on FORTUNE's "World's Greatest Leaders", one of "The World's Most Influential People" by TIME magazine and "Chief Executive of the Year" by Chief Executive magazine.

CRAIG GROESCHEL- Craig is a New York Times bestselling author of books on a wide variety of topics, including dating and marriage, social media, purpose, direction, church leadership, and more.  Glassdoor has also named him in the top 10 CEOs in the U.S. (small and midsize companies) and named Life.Church the #1 Place to Work under his leadership.

This is a leadership event you do not want to miss!